A few months after the publications of his work La pensée radicale (2005), the Society of Writers (Société des Écrivains, de Paris) nominated him as candidate to the 6th edition of the International Amnesty Books, celebrated in Rennes between February 2nd and 5th 2006.

“For his great contribution to the dissemination and promotion of knowledge and appreciation of cultural values and truths about AFRICA from respect, sympathy and solidarity”, has been awarded the First Prize for Africa, on May 25, 2006, in Barcelona, awarded by the organization SOS-Africa. He is a member of the SNAI (Société Nationale des Auteurs Indépendants) (National Society of Independents Writers)

He retired from teaching in November 2009, without leaving his commitment, research, writing and his participation in national and international conferences. 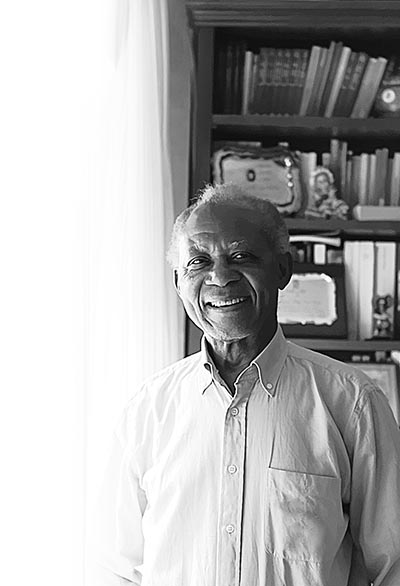