Founding of the Radical Thinking’s school in Buenos Aires 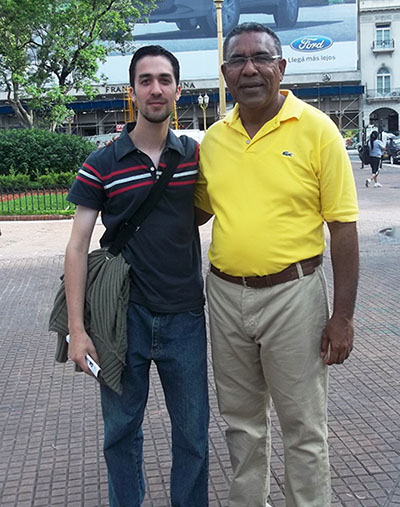 On the 21fst December 2010, the young philosopher and professor, Mr. Fernando Proto Gutierrez who, with his useful and creative work, announced me this encouraging project:

“Here in America there isn´t research into the negation of African Thinking. That is why, since 2011, I will strive to give the best way a seminar entitled “African Origin of Greek philosophy, systematic Synthesis of the African philosophy, Eugenio Nkogo Ondó, in the Open Multiversity of Buenos Aires, an online teaching I’m organizing with philosophers, historians, writers… and seeks to be a space for collective, free and gratuitous investigation.”

His success led him to found the School of the Radical Thinking while its organ of expression, the Journal of Afro-Indo-American Philosophy (FAIA), which has a good team of collaborators, which include prominent African descent, such as Nicolas Ramon Contreras and Carlos Manuel Zapata. The headquarters of the two foundations is, of course, in Buenos Aires, Argentina. Website: